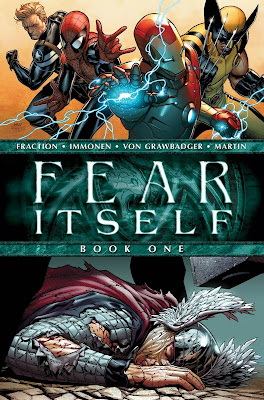 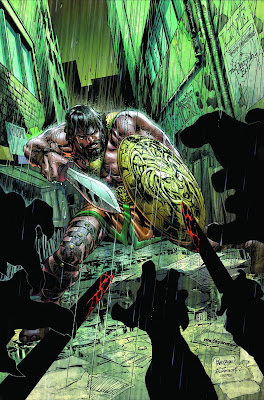 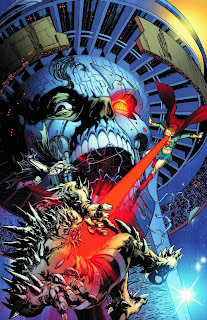 SUPERMAN BATMAN ANNUAL #5
Reign of Doomsday Tie-In!
Picking up where March's JUSTICE LEAGUE OF AMERICA #55 left off, "Reign of Doomsday" amps up the danger as Supergirl and Batman are trapped aboard the Justice League satellite with Cyborg Superman and Doomsday - and both villians want to tear them limb from limb! A "who's who" of the DCU shows up to aid in the battle, but there's something different about Doomsday - something even the Justice League of America might not be prepared for! The story continues in this month's SUPERBOY #6!
Posted by Mission Specialist at 2:19 PM