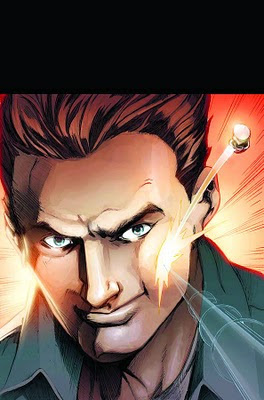 BRILLIANT #1
The first creator-owned book by ULTIMATE SPIDER-MAN co-creators Brian Michael Bendis and Mark Bagley, BRILLIANT tells the story of a handful of college-age geniuses who challenge each other to solve the mystery of superpowers. Can the best and brightest change science fiction into science fact? And if so, how will the world at large react? BRILLIANT is a thriller of the highest order. It is a story of how true power can either destroy or protect the strongest of friendships. It is the story of how the world will react when our true potential is finally unlocked. This fast-talking, whip-smart new series will thrill fans of ULTIMATE SPIDER-MAN, POWERS and SCARLET. 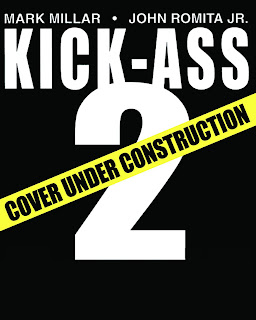 KICK-ASS 2 #4
Red Mist takes on a new identity too vulgar for print and issues a command to all his super-bastards on Twitter to wreak havoc on New York. Meanwhile, the cops are cracking down on all costumed activity and tracing the secret identities of all the heroes. Could Dave get a knock on his door, and has enough spit hit the fan for Hit-Girl to pick up her sword again? 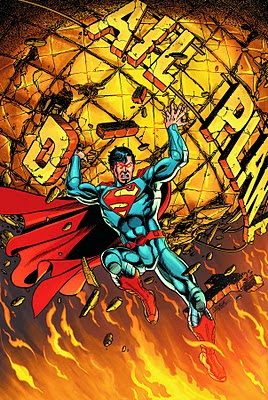 SUPERMAN #1
The new adventures of Superman begin here! What is The Man of Steel's startling new status quo? How does it affect Lois Lane and The Daily Planet? There's no time for answers now, because Superman must stop a monstrous threat to Metropolis - one that he somehow is the cause of!
Posted by Mission Specialist at 8:32 PM No comments: 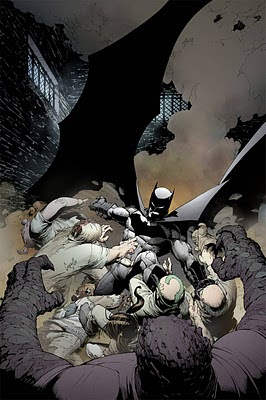 BATMAN #1
Be here for the start of a new era for The Dark Knight from writer Scott Snyder (AMERICAN VAMPIRE, BATMAN: GATES OF GOTHAM) and artist Greg Capullo (Spawn)! A series of brutal killings hints at an ancient conspiracy, and Batman learns that Gotham City is deadlier than he knew. 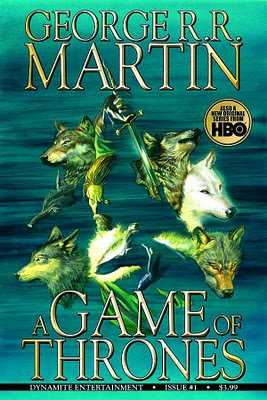 GAME OF THRONES #1
George R.R. Martin has been called "the American Tolkien" by Time Magazine, and now his landmark fantasy series is being adapted to a graphic format, starting with the first book of the series: A Game of Thrones.  The premiere issue introduces readers to George's world, adapting the prologue and first three chapters of the novel, and bringing onto the graphic stage such iconic characters as Eddard and Catelyn Stark, Jon Snow, young Bran Stark, and Daenerys Targaryen. 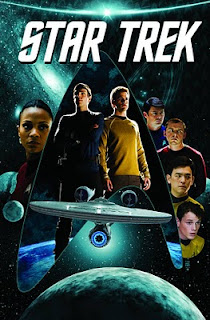 STAR TREK ONGOING #1
The adventures of the Starship Enterprise continue in this new ongoing series that picks up where the blockbuster 2009 film left off! Featuring the new cast of the film, these missions re-imagine the stories from the original series in the alternate timeline created by the film, along with new threats and characters never seen before! With creative collaboration from STAR TREK writer/producer Roberto Orci, this new series begins the countdown to the much-anticipated movie sequel premiering in 2012. Join Kirk, Spock and the crew as they boldly go into a new future! Up first, a drastic new envisioning of "Where No Man Has Gone Before." 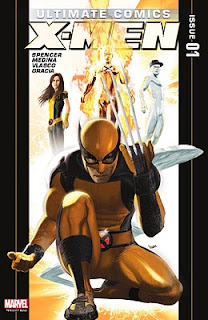 ULTIMATE COMICS X-MEN #1
The biggest mutant cover-up has gone public as the true history of the x-gene is revealed.  As an identity crisis rocks the mutant world, the mistrust between man and x-man gets deeper.  But a bigger question remains: who are the X-Men? Nick Spencer and Paco Medina make their thunderous Ultimate debut in one of the most anticipated series yet!
Posted by Mission Specialist at 4:03 PM No comments: