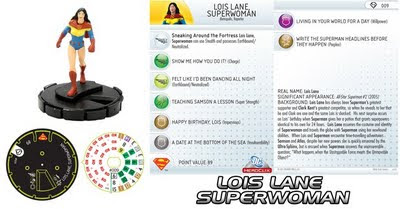 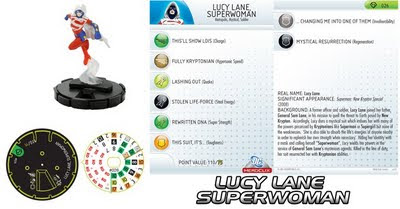 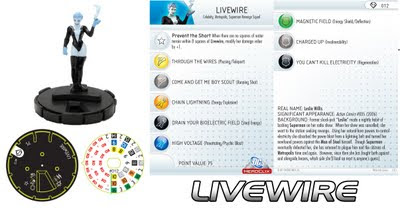 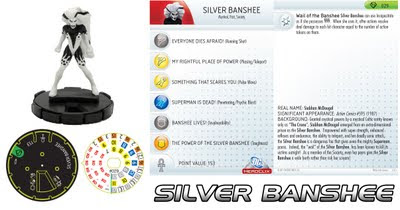 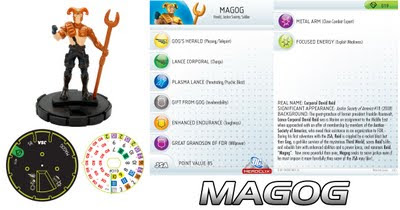 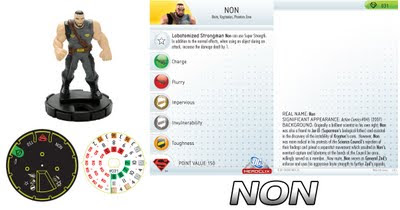 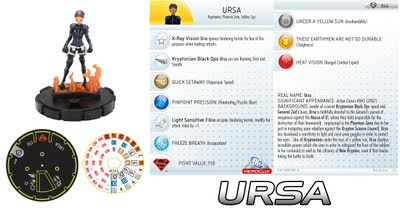 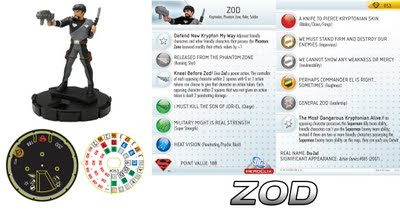 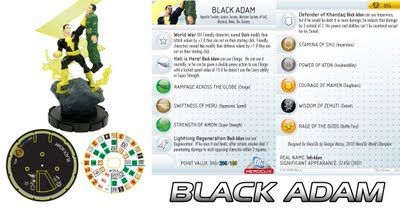 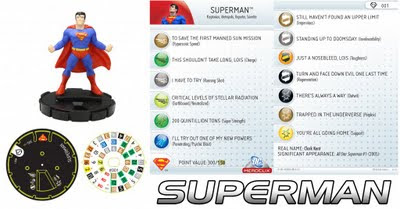 Posted by Mission Specialist at 2:12 PM No comments: 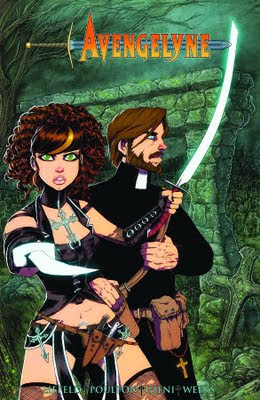 AVENGELYNE #1
"DEVIL IN THE FLESH," Part One The legendary fallen angel returns to comics. As New York City's sins are covered with a fresh blanket of snow, the psychotic serial killer, Torment, is hard at work creating new ones. Meanwhile, Avengelyne has her hands full with the Red Dragon who has taken a human vessel in search of a new apprentice. Who has the Dragon chosen as his vessel and does it have anything to do with Avengelyne's new look? All this plus the introduction of the stunning, Heaven Starr!   AVENGELYNE is a new ongoing supernatural series written by MARK POULTON (Koni Waves) with art by OWEN GIENI and letters and color assists by DEXTER WEEKS. 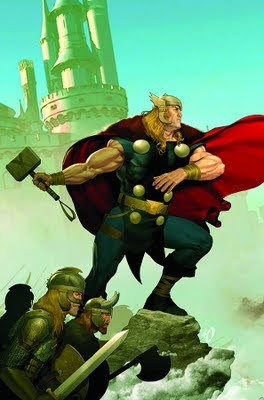 THOR HEAVEN AND EARTH #1 (OF 4)
In the days before the terrible events of Ragnarok, the Gods of Asgard stare across the ramparts of their city towards a massive, demonic army massed at the gates - the prophesied End of All Days is about to begin. As the armies of darkness begin their initial attacks, Thor confronts Loki, who is destined to usher in the fall of Asgard. But what he learns from the Loki may change the way he sees his treacherous half-brother. For perhaps this terrible event is a time also of renewal. Perhaps in this desperate hour even the God of Lies has a purpose. 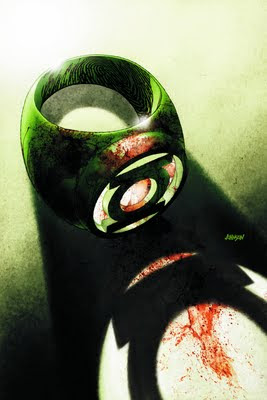 WAR OF THE GREEN LANTERNS AFTERMATH #1
The shocking consequences of the blockbuster "War of the Green Lantern" event have shattered the lives of Hal Jordan, Guy Gardner, John Stewart and Kyle Rayner in ways no one will see coming. Everything you thought you knew about the Corps is no more!
Posted by Mission Specialist at 4:57 PM No comments:

ITEM! This Week's Flashpoint Package Deal: BOOSTER GOLD #46, FLASHPOINT CITIZEN COLD #2, FLASHPOINT DEATHSTROKE THE CURSE OF RAVAGER #2, FLASHPOINT EMPEROR AQUAMAN #2, and FLASHPOINT FRANKENSTEIN CREATURES OF UNKNOWN #2 this week! Get the above five titles as a package deal for only $9.99! 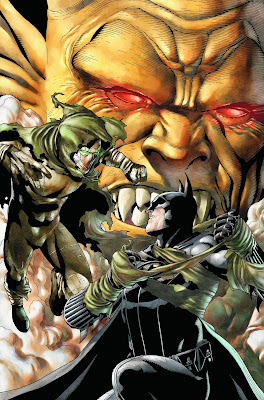 BATMAN THE DARK KNIGHT #3
Trapped with childhood friend Dawn Golden deep beneath Gotham City, Batman's only hope for escape also happens to be one of his worst enemies! Meanwhile, Etrigan the Demon turns against his masters and confronts a twisted, evil incarnation of Ragman with the help of Alfred. Only Batman knows the secret to defeating the demon possessing Ragman - but The Dark Knight is nowhere to be found! 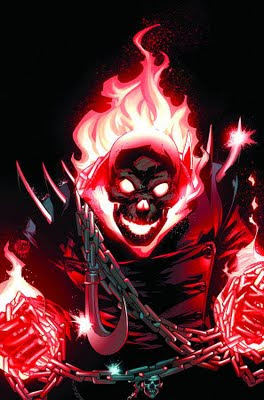 GHOST RIDER #1
IN THE WAKE OF "FEAR ITSELF", THE SPIRIT OF VENGEANCE GETS A NEW LEASE ON DEATH!
The hottest, most rocking thing on two wheels returns!  Start pumping your fists and banging your head for GHOST RIDER # 1, by writer ROB WILLIAMS (DARK WOLVERINE) and featuring the long-awaited return of superstar artist MATT CLARK (Outsiders, Superman, INHUMANS). Witness the violent birth of the all-new Ghost Rider...come to cleanse the earth in a firestorm of Blood, Oil, and  Vengeance! Johnny Blaze has been chained to Hell long enough. With the world thrown into chaos in the events of FEAR ITSELF he is given a chance to rid himself of the Spirit of Vengeance forever...and he takes it. The curse is passed onto a new host but Blaze has no idea what nightmares his action has wrought upon the world. Will the new Spirit of Vengeance bring us salvation...or send this world of sinners to a flaming death? 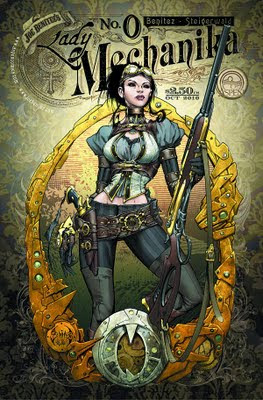 LADY MECHANIKA #2
From the imaginative mind of Joe Benitez with colors by the incomparable Peter Steigerwald, comes this all-new supernatural action-adventure series!
The tabloids dubbed her "LADY MECHANIKA", the sole survivor of a psychotic serial killer's three-year rampage through London. Found locked in an abandoned laboratory amidst countless corpses and body parts, with her own limbs amputated and replaced with mechanical components, her life began anew. With no memory of her captivity or her former life, LADY MECHANIKA eventually built a new life for herself as a private detective, using her unique abilities to solve cases the police couldn't or wouldn't handle. But, she has never stopped searching for answers...
Now, disturbed by haunting memories from her past, LADY MECHANIKA is consumed by a need for answers and focuses all her efforts on investigating the mystery of the Mechanical Girl. The trail leads her to a traveling show run by a band of gypsies, where help might not come as easily as anticipated. But even with the aid of the Gypsy Queen, can LADY MECHANIKA discover who created the Mechanical Girl and why? And will the answers bring her one step closer to uncovering the truth about herself? 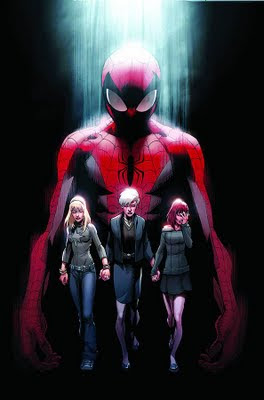 ULTIMATE COMICS FALLOUT #1 Of(6)
The End before The Beginning.
Posted by Mission Specialist at 4:41 PM No comments:

ITEM! The Summer events continue with Fear Itself #4 and Flashpoint #3! 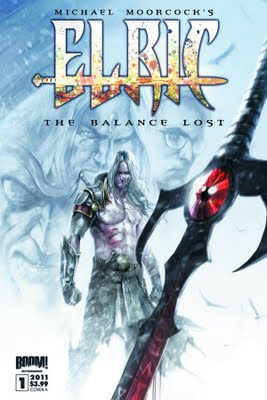 ELRIC THE BALANCE LOST #1
Afterword by Neil Gaiman! For 40 years comic fandom has thrilled to the exploits of Elric since his introduction in Marvel Comics' Conan the Barbarian in the early 1970s.  Neil Gaiman called Elric's creator Michael Moorcock "my model for what a writer was" while Warren Ellis said he is one of the "eight core sites in my creative genome." Now the godfather of the Multiverse teams up with hot New York Times bestseller Chris Roberson (Superman, iZombie, Stan Lee's Starborn) for an ongoing series that sees a crisis break out across multiple worlds with Moorcock's other two most famous fantasy franchise characters, Corum of the Scarlet Robe and Dorian Hawkmoon!  The workings of Fate are being tampered across the Multiverse, upsetting the Cosmic Balance. Elric is on a quest to restore The Balance and save the Multiverse from ruin! Elric, Corum, and Hawkmoon are forced into action far and wide, but will they fight on the side of Law... or Chaos? 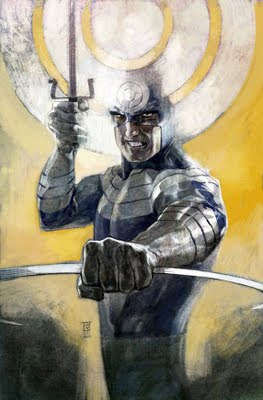 MOON KNIGHT #3
You've seen what insanity the new Moon Knight can do, but how is he doing it? Find out here! Plus, who is the kingpin of L.A.? And why do all the other criminals cower at his feet?  And just how far is Moon Knight willing to take his new blood fued? (Hint: pretty damn far!) From the Eisner award-winning team that brought you Daredevil, Halo, and Avengers. RED SKULL #1 (OF 5)
Witness the chilling creation of Marvel's greatest monster, and liberty's greatest enemy. As Berlin descends into chaos and ruin, sinister forces are on the rise...and the men who will form the Nazi Party ascend to power. Against this tragic backdrop of history, a boy comes of age...Johann Schmidt. orphan, thug, urchin - Johann has nothing...and how far he would go for power will change the world...Greg Pak, the writer of X-MEN: MAGNETO - TESTAMENT, and breakout Mirko Colak (SECRET WARRIORS) bring to life the twisted birth of the Red Skull. 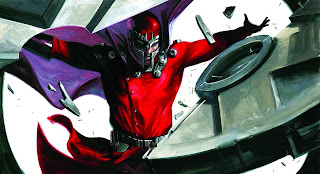 VENGEANCE #1 (OF 6)
When MAGNETO of the X-Men tries to rescue a young Mutant on the run, he accidently kicks off a series of events that will shake the very Marvel Universe to it's core!  Who are the new TEEN BRIGADE?! Who are the Brotherhood and what do they want with the YOUNG MASTERS OF EVIL?! And how is the RED SKULL pulling the strings from beyond the grave? Joe Casey (AVENGERS: EARTH'S MIGHTIEST) joins Nick Dragotta?(FANTASTIC FOUR) for some major acts of VENGEANCE!
Posted by Mission Specialist at 5:00 PM No comments: