The New Way to D&D 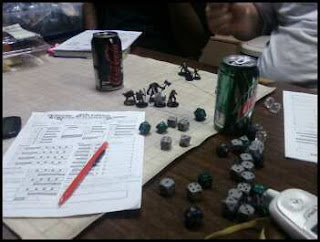 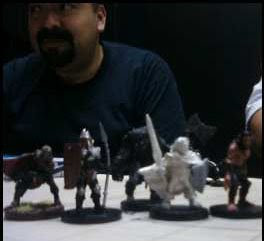 "What Devilry is this?!"

Matt ran the inaugural session of his Dungeons & Dragons game this past Sunday and it was epic. Our motley band of adventures was dispatched to a strange and wild island off the coast of the safe and civilized lands we knew. Our groups consists of Stormfang (Shifter Paladin), Gok (Goliath Barbarian), Tinbok the Bastard (Half-Orc Fighter), Wychwood (Eladrin Rogue), and Phariom (Human Warlord).

Our first fight was with a degenerate cult of Dwarven cannibals during which our rogue, Wychwood (played by Bob) failed in his ambush attempt with two consecutive rolls of one. Wychwood's bad luck would persist with the other characters doing fairly well. But it was Gok (played by Daniel) who would be celebrated in song and verse that day. Daniel managed to roll eight 20s during the course of the night with three of those being consective rolls.

Gok waded into a room in a crumbling wizard's tower that held a group of large devil-spawned rats and their demonic master and left nothing but devastation in his wake. The rest of the party gave the barbarian a wide berth as his rage subsided.

Needless to say it was a great game and we're looking forward to next session with our adventurers poised to enter the dungeon below the wizard's tower.
Posted by Mission Specialist at 3:15 PM 2 comments:

Email ThisBlogThis!Share to TwitterShare to FacebookShare to Pinterest
Tags: Dungeons and Dragons

Unfortunate Placement of a Valve 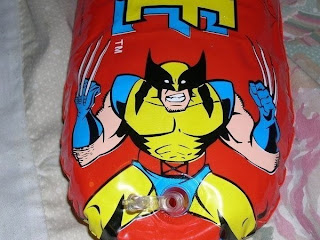 Yeah, saw this various places. The original story is on (the apparently satirical) site Christwire.
Posted by Mission Specialist at 11:10 AM No comments: 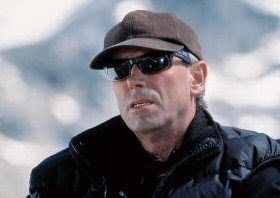 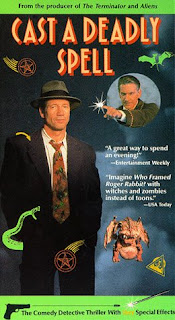 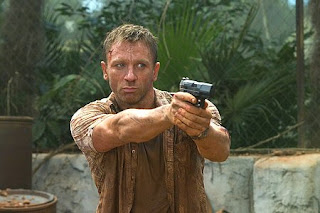 And that brings us up to date. The Edge of Darkness remake is in post-production, and Green Lantern is in pre-production. Looking at his filmography Campbell proves to be a solid director, someone who can direct action, and most importantly a director who doesn't look at "genre" films with derision.
Posted by Mission Specialist at 8:42 PM No comments: 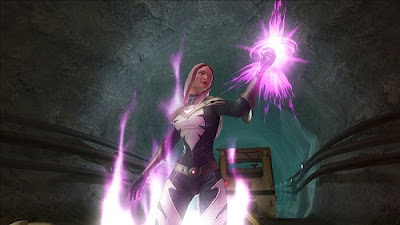 Looks like Songbird from the Thunderbolts will be appearing in the upcoming MUA2: Fusion according to the game's website. Her design in the game is influenced by Marko Djurdjevic's cover art.
Posted by Mission Specialist at 1:23 PM No comments: 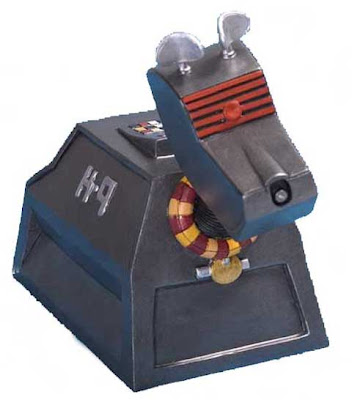 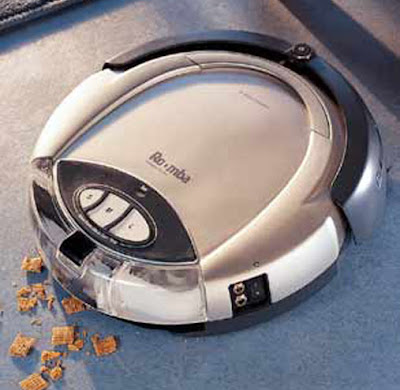 What we need is a roomba in the body of The Doctor's robotic pal K-9. Someone get on that. Oh, and have it rattle off quotes from the show at random.
Posted by Mission Specialist at 6:07 PM No comments:

Email ThisBlogThis!Share to TwitterShare to FacebookShare to Pinterest
Tags: Doctor Who, Idea

Monday Telemetry is up. 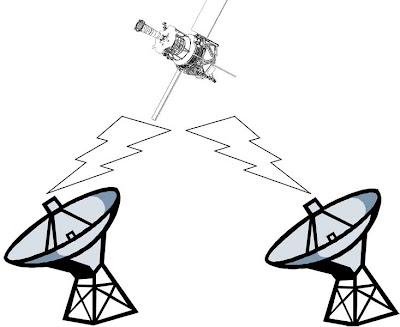 Our myspace blog is updated with our weekly Monday Telemetry, showcasing some of the interesting stuff arriving at the shop this week.

Check it here: our myspace page.
Posted by Mission Specialist at 10:49 PM No comments:

Aint it Cool is reporting that Superman/Batman: Public Enemies (based on the Loeb/McGuinness comic series) will be the next direct-to-DVD animated feature after Green Lantern: First Flight.
Posted by Mission Specialist at 1:55 PM 1 comment:

Okay, not the live action that'll be out in the winter of 2010, but the next DC Animated Feature! Cut and paste this link where you'll find the first featurette on the making of this OAV...

http://www.warnervideo.com/greenlanternmovie/
Posted by Mission Specialist at 1:13 PM No comments:

Posted by Mission Specialist at 2:26 PM No comments:

Posted from the Carpetbagger blog at the NY Times:

Marvel Entertainment announced this morning, according to reports in the Hollywood Reporter and the Associated Press, that it was shifting and delaying the release dates on several of its upcoming superhero films, to stop the projects from bunching up on one another and to create a dramatic progression in their storylines. With “Iron Man 2″ set for May of 2010 and Sony Pictures’ “Spiderman 4″ for May of 2011, Marvel’s “Thor” will arrive in June of 2011 and “The First Avenger: Captain America” a month later, all of this culminating - once the super-characters have been introduced in their own films - with the multi-character “Avengers” in the summer of 2012.

There's a preview up at CBR for Wolverine: Weapon X no. 1 (shipping April 8th).

Check it out here: http://comicbookresources.com/?page=preview&id=2213&disp=table
Ron Garney is no joke.

Who or what is Weapon X? Read the wiki summary here: http://en.wikipedia.org/wiki/Weapon_X
Posted by Mission Specialist at 1:08 PM No comments: 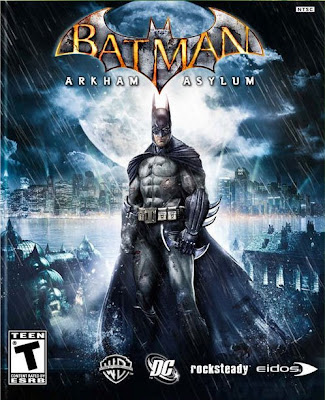 Box art for the upcoming Batman video game.
Posted by Mission Specialist at 1:06 PM No comments: 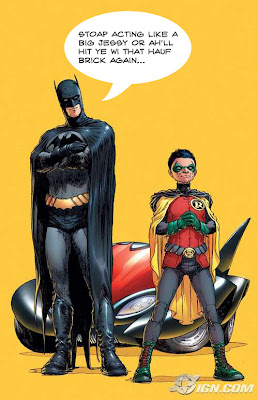