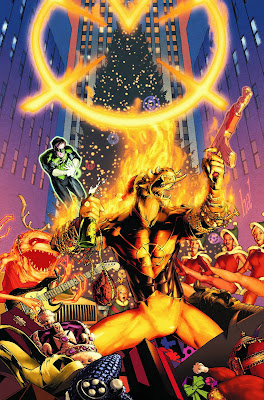 GREEN LANTERN LARFLEEZE CHRISTMAS SPECIAL #1
It's BRIGHTEST (CHRISTMAS) DAY! What do you want for Christmas? Orange Lantern Larfleeze wants everything - including Santa Claus himself! And nothing, not even the heroes of the DC Universe can to stop the Orange Lantern from getting what he wants! Plus, you won't want to miss the strange holiday season shenanigans starring the rest of the Orange Lantern Corps! Superstar writer Geoff Johns and artist Brett Booth team up for an unbelievable sleigh ride adventure! 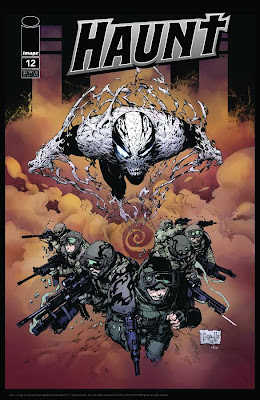 HAUNT #12
THE SENSES-SHATTERING SECOND STORY-ARC CONCLUDES!
Hurg and his secret organization have been dragged into the open and exposed.  Now is the time to strike! Haunt and the agency must act now - before he moves deeper underground.  He had Kurt killed, he set these events leading to the birth of Haunt into motion - and now it's time to pay for what he's done! 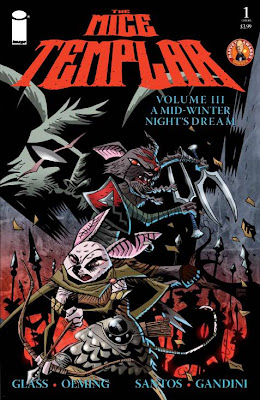 MICE TEMPLAR VOL 3 #1
THE AWARD WINNING SERIES CONTINUES! Karic has accomplished his goal - the rescue of his family from captivity-but their freedom has come with a terrible price. Karic now lies comatose, his spirit lost to a realm of nightmare, a portal to the Outer Darkness where ancient demons have been cursed. Yet Cassius risks all for the young mouse who restored his faith, even death at the blade of his old Templar rival Ronan. Meanwhile, the druids and the rat army unleash a new wave of tyranny in retaliation for Karic's audacious attack. Only the heroic Maeven archers can stand against the MORTAIR, the deadly sisterhood of rat assassins!A perfect starting point for new readers! 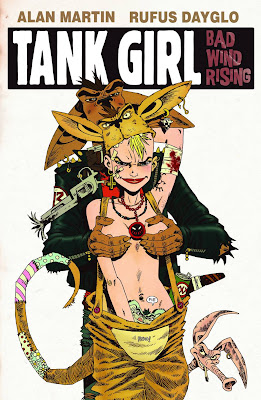 TANK GIRL BAD WIND RISING #1 Of (4)
A holiday. A hold-up. A murder. A car chase. A mound of dog poo. A very large vodka. A fistfight. A kick in the groin. An earthquake. A mutant surfer. A lorry heist. A thousand pairs of panties. A tiny moped. And a gang of killer kangeroos after Tank Girl's scalp. Don't miss this twisted action adventure!
Posted by Mission Specialist at 5:34 PM