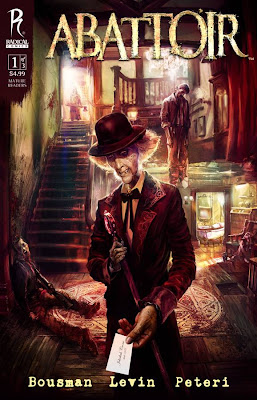 ABATTOIR #1 (OF 3)
From director Darren Lynn Bousman (the SAW franchise, Mother's Day, Repo! The Genetic Opera) comes a chilling, supernatural tale set in the cold beauty of Middle America in the late '80s! After a brutal massacre takes place in a gorgeous house, real estate agent and family man Richard Ashwalt is assigned the impossible task of picking up the pieces and selling the property. As Richard inspects the blood-soaked grounds a twisted old man journeys to the house with a sinister and terrifying purpose. Richard is about to be drawn into a web of shadows, murders and massacres that will shatter him to his very core! 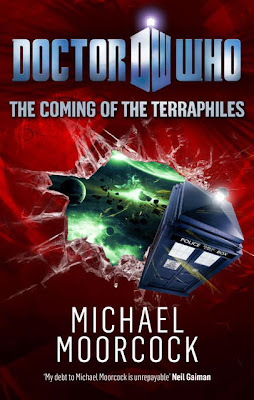 DOCTOR WHO THE COMING OF THE TERRAPHILES HC
A Doctor Who event, forty-five years in the making! Science-fiction and fantasy giant Michael Moorcock, the influential and award-winning writer of the Elric Saga and Mother London, pens BBC Book's first epic Doctor Who adventure.

Miggea - a star on the very edge of reality. The cusp between this universe and the next. A point where space-time has worn thin, and is in danger of colapsing... And the venue for the grand finals of the competition to win the fabled Arrow of Law. The Doctor and Amy have joined the Terraphiles - a group obsessed with all aspects of Earth's history, and dedicated to re-enacting ancient sporting events. They are determined to win the Arrow. But just getting to Miggea proves tricky. Reality is collapsing, ships are disappearing, and Captain Cornelius and his pirates are looking for easy pickings. Even when they arrive, the Doctor and Amy's troubles won't be over. They have to find out who is so desperate to get the Arrow of Law that they will kill for it. And uncover the traior on their own team. And win the contest fair and sqaure. And, of course, they need to save the universe from total destruction. A thrilling, all-new adventure featuring the Doctor and Amy, as played by Matt Smith and Karen Gilan in the spectacular hit series from BBC Television. 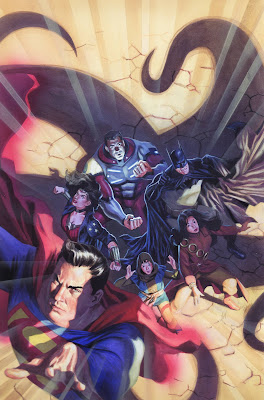 JLA THE 99 #1 (OF 6)
A threat from beyond the stars brings the World's Greatest Heroes together with the World's Newest Heroes to stop a globe-spanning invasion of Earth in this 6-issue miniseries! DC Comics' JUSTICE LEAGUE OF AMERICA joins forces with Teshkeel Comics' THE 99 to create an unstoppable army of super-powered beings the likes of which the world - and comic shops - have never seen before! 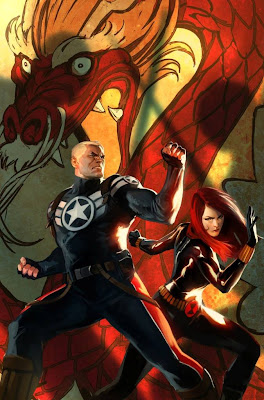 SECRET AVENGERS #6
Everybody is Kung Fu fighting... as the Secret Avengers descend into the depths of Marvel's darkest corners on a new case that brings them face to face with a Master of Kung Fu and many forces of evil. Ed Brubaker and Mike Deodato bring you another twisted tale of Marvel's most popular new Avengers team.
Posted by Mission Specialist at 12:39 PM