ITEM! Gamma World Game Day is this Saturday! Come on down for an introductory session of the original post-apocalyptic roleplaying game. We'll be running games throughout the day depending on turnout. There's a lot of interest and we'll be running the game at least twice. Admission is $6.50 and includes two Gamma World booster packs to make your game deck with. 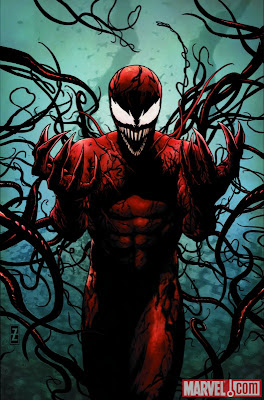 $2.99 ROLLBACK! The Launchpad is offering this $3.99 comic for only $2.99!
CARNAGE IS BACK! The fan-favorite villain returns to rock the Marvel Universe with the Amazing Spider-Man and the Invincible Iron Man first on his hit list. But just why -- and how -- has Carnage returned, and how many of Marvel's heroes will it take to stop him? Superstar creators Zeb Wells (AMAZING SPIDER-MAN, NEW MUTANTS) and Clayton Crain (GHOST RIDER, X-FORCE) team up for the Spider-Man epic that'll leave jaws on the floor! Literally! 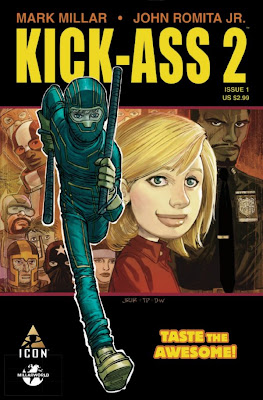 KICK-ASS 2 #1
Here now is the sequel to the biggest creator-owned comic of the decade -- the one that spawned the number one hit movie and the worldwide phenomenon--is here! Kick-Ass is back, just as over-the-top as ever! As everybody's favorite psychotic 11-year-old, Hit Girl, trains Kick-Ass to be...well, a bad-ass, Red Mist gathers a team of super-villains to take them down! It's super hero mayhem as only Mark Millar and John Romita Jr. can bring you! 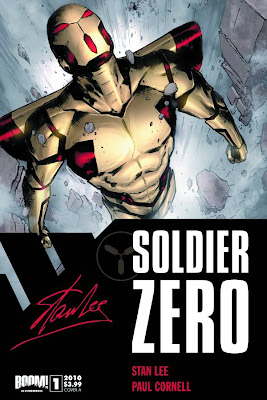 STAN LEE SOLDIER ZERO #1
STAN'S BACK! The Publishing Event of the Year! Stan Lee, the most colossal force in the history of comics, teams up with BOOM! Studios to deliver a brand new line of superhero comics! The great innovator of our industry brings his inimitable talents back to the direct market in an explosive line of comics that nobody is prepared for! Half-Human. Half-Alien. All Weapon. In this first ongoing series, Soldier Zero, Stan teams up with critically acclaimed writer Paul Cornell (Action Comics, Doctor Who) and artist Javier Pina (Superman, Batman) for a dramatic, action-packed superhero scorcher. When an alien parasite falls to Earth, wheelchair-bound college student Stewart Travers becomes infected, and goes through super-human changes that no mortal could imagine. Forced into a galactic war that's chosen Earth as the battlefield, Stewart defends the front line as... Soldier Zero! The intergalactic war hits Earth this October in a new ongoing series from Stan Lee and BOOM! Studios!
Posted by Mission Specialist at 5:44 PM