ITEM! We're getting a restock on Uncanny X-Force #1 this week. The 1st printing of the regular cover is sold out, but we were able to lay hands on some of the Variant Blank Cover and will be getting a number of those in for those of you missed out last week.

ITEM! Bruce Wayne Road Home begins in earnest this week with four of the one-shots shipping this Wednesday. We're offering a package deal on these one-shots that's a great way to insure you get all the issues and save some money while doing so! 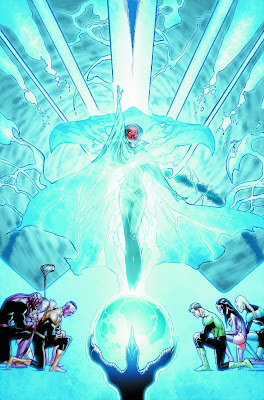 GREEN LANTERN #58
BRIGHTEST DAY continues as Adara, the Hope Entity, finds a host in a young girl who may be destined to be a great savior. Can this young student hope to contain such a powerful force - and what will drive Hal Jordan on a spiritual journey unlike any he's ever taken? Plus, the Spectre sets his sights on the Rage Entity! 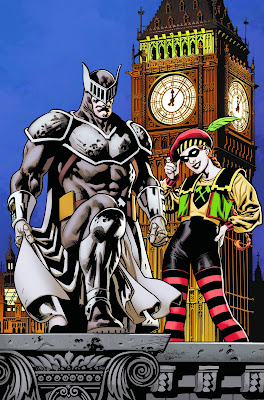 KNIGHT & SQUIRE #1
Just as Gotham City has Batman and Robin, London has Knight and Squire - the British heroes and frequent allies of The Dark Knight! In a secret bar within the city where peace is kept magically, heroes and villains gather to enjoy a pint and talk about their day. But what happens when the magical barriers that disallow fighting are dropped and a building full of heroes and villains confront each other all at once? Knight and Squire have to keep the peace and save both friend and foe in this 6-issue miniseries from hot writer Paul Cornell (ACTION COMICS, Captain Britain and MI:13) and up-and-coming artist Jimmy Broxton (THE UNWRITTEN). 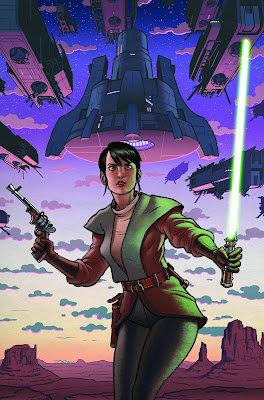 STAR WARS KNIGHT ERRANT AFLAME #1
More than one thousand years before Luke Skywalker, a dark age grips the galaxy as an ineffectual Republic abandons entire systems to Sith control. A newly knighted Jedi on her first mission, eighteen-year-old Kerra Holt has joined a band of Jedi volunteers traveling deep behind enemy lines, with no support from the Republic and little chance of survival. She thinks she is prepared for anything. She's wrong. 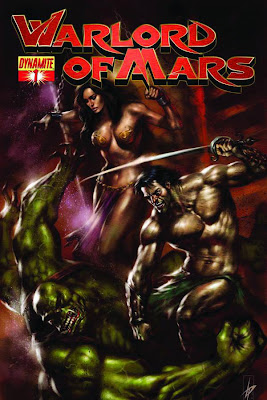 WARLORD OF MARS #1
The original warrior of Mars returns from Dynamite! Warlord of Mars, an enhancement of the classic Edgar Rice Burroughs story, Princess of Mars! If you thought you knew the story, think again! This series will capture the grit and action of the original while expanding on it with new elements. The story is about John Carter, an ex-cavalry officer in the Confederate Army who finds himself mysteriously transported to Mars! Joining him in his adventures there are Tars Tarkas, his Martian comrade, and Dejah Thoris, a Martin Princess. This series is written by Arvid Nelson and is illustrated by Stephen (Avengers/Invaders) Sadowski and Lui Antonio, and features covers by Alex Ross, Joe Jusko, J. Scott Campbell and Lucio Parrillo!
Posted by Mission Specialist at 12:19 PM