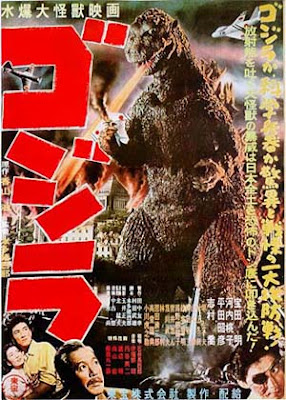 The biggest star in motion pictures prepares to wreak havoc once again! IDW Publishing is thrilled to announce a partnership with Toho Co., Ltd. to create all-new GODZILLA comics. Starting in 2011, Godzilla will smash his way back onto the scene with a cast of characters from his films never before seen in comics.

"This new series will be monsters and mayhem, but most importantly, it's going to be a lot of fun," said Yukio Kotaki of Toho. "Godzilla has been gone from comics for too long and we feel that IDW is the perfect company to welcome him back in 2011."

In addition to the King of the Monsters himself, the new comics from IDW Publishing and Toho Co., Ltd. will feature many of Godzilla's friends and foes, including MOTHRATM, KING GHIDORAHTM, RODANTM and more that have never before been featured in an American comic book series alongside Godzilla. With an impressive cast of monsters both old and new, IDW's series will treat fans to both familiar themes and original takes on the pop culture legends that have stomped, smashed, and fought their way across movie screens for over five decades.


"Not only is Godzilla known worldwide, he's loved worldwide, too. Having a film career with more than 25 movies and going on a 56-year span pretty much solidifies you as a legend, and IDW is really looking forward to contributing to that legacy," said Chris Ryall, Chief Creative Officer and Editor-in Chief for IDW Publishing. "We wanted Godzilla to return to comics, but this time we wanted him to have some company. I think fans will be pleased with the monster guest appearances, which will really offer something for every fan of these films. There are the classic characters, but there are also a few surprises, too."

Debuting in February 2011, fans can expect to see a number of unique storylines from some of the industry's top creators.
Posted by Mission Specialist at 2:10 PM