Welcome to another installment of Monday Telemetry, a weekly blog from The Launchpad that covers some of the more interesting releases or events that are coming to the store in the coming week. 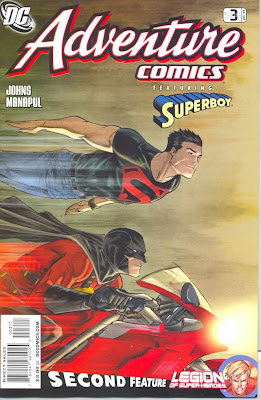 ADVENTURE COMICS #3
Superboy is back and hunting for Lex Luthor! He can't find Luthor on his own, and he needs help from his best friend Tim Drake, a.k.a. Robin. But Tim's now traveling the globe under the alias of Red Robin! The boys' reunion isn't all smiles and hugs, as Conner discovers that Tim has been hiding a great many secrets from the newly returned Boy of Steel. And they're secrets that could destroy their friendship!
Plus, in the Legion of Super-Heroes co-feature, the intergalactic odd couple known as Sun Boy and Polar Boy team up to figure out what's up with the menace trying to destroy the universe. 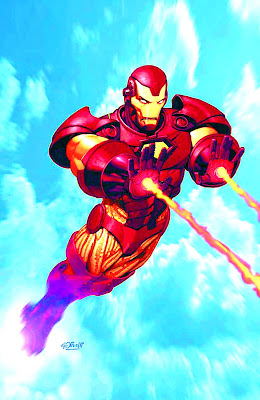 IRON MAN: IRON PROTOCOLS ONE-SHOT
Deep within a secret government base beneath the arctic tundra lies the "Ark": a vault containing the genetic codes for all life on Earth. But there's a problem-a rogue Artificial Intelligence has decided that the best way to protect the samples is to eradicate every living creature! Only Iron Man has the knowledge to stop the machine-and he's only got an hour to do it! Join Robert Venditti-creator of The Surragates, now a major motion picture-and fan-favorite artist Nelson (X-FACTOR) as the fate of the world hangs in the balance! 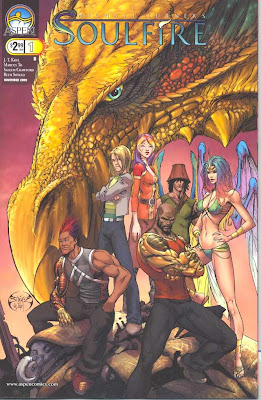 SOULFIRE #1
Just when you thought the magic was over... The journey continues as the second volume to Michael Turner's smash action adventure fantasy series, SOULFIRE, begins! With the return of magic to a world unprepared for such an inexplicable event, Malikai, Grace, and the rest of the gang struggle to recover from their Battle for the Light against Rainier. Malikai and Sonia attempt to rekindle the romance they began in the magical realm of the Everlands, but a stranger, with a special secret of her own, enters their lives and interrupts their interlude. Meanwhile, Grace and Seph discover that the creatures of magic are not necessarily safe amongst the prejudices of the modern world. And, PJ and Benoist find themselves in a destitute land where technology reigns supreme--but not very peacefully! New paths will be forged for all as the war between technology and magic once again ignites, all in the pages of SOULFIRE Vol 2 #1 - right now! As a new volume of SOULFIRE arrives, several familiar names are ready to bring the wonder to you! Writer J.T. Krul returns to script the tale and artist Marcus To (of Fathom: Kiani and Soulfire: Chaos Reign fame) brings his adept penciling skills to the title. All the while inker Saleem Crawford and colorist Beth Sotelo provide the perfect combination of style and beauty to complete the entire SOULFIRE package. The magic has returned and it's here to stay. Make sure you're a part of the next exciting chapter in the storied SOULFIRE mythology! 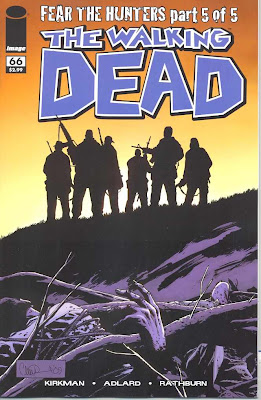 WALKING DEAD #66
THE HUNT CONCLUDES!
Nothing will ever be the same. 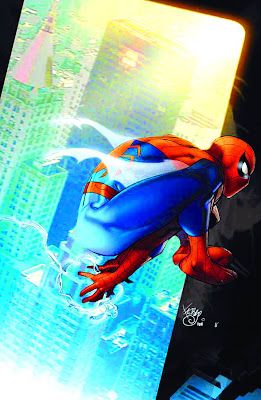 WEB OF SPIDER-MAN #1
Tying into upcoming events in Amazing Spider-Man including WHO IS BEN REILLY? and THE GAUNTLET! Even with all the action jam-packed into every issue of Thrice Monthly Spidey, we STILL don't have enough room to tell the wall-crawler's exploits! So BEHOLD! The brand-new, state of the art WEB OF SPIDER-MAN!  THRILL! To the return of KAINE, the ill-fated Peter Parker Clone - where has he been all these years? Where is he now? And how does it tie into KRAVEN?! Then - MARVEL!  At the continuing adventures of May-Day Parker, The Spectacular Spider-Girl! And More! Get caught in the web this October!
Posted by Mission Specialist at 1:30 PM