Welcome to another installment of Monday Telemetry, a weekly blog from The Launchpad that covers some of the more interesting releases or events that are coming to the store in the coming week. For a complete list of the new Wednesday releases, check out the front of our myspace page. 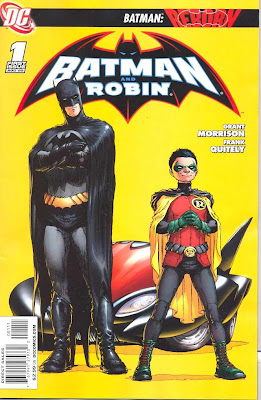 "Batman Reborn" begins here! With the reunited team of Grant Morrison and Frank Quitely (ALL-STAR SUPERMAN, WE3, New X-Men), this first issue kicks off a 3-part story arc that can't be missed! The new Dynamic Duo hit the streets with a bang in their new flying Batmobile as they face off against an assemblage of villains called the Circus of Strange. They also tackle their first mission investigating a child who's been abducted by the mysterious Domino Killer. But will everything go smoothly? And who exactly are the new Batman and Robin? The newest era of The Dark Knight begins here!

I've been slipping up and calling this All Star Batman, which it is, basically. 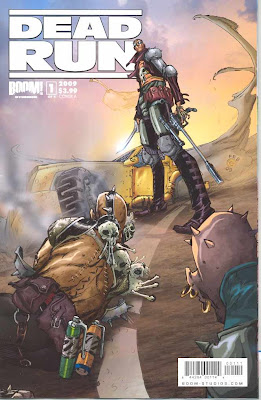 "All Speed. No Limits." The end isn't near, it's here. America has become a wasteland, leaving the few cities that remain transformed into impenetrable fortresses. Beyond these walls lies The Zone, a brutal, plague-ravaged landscape stretching from one city to the next, populated by mutants, monsters, and warring factions of survivors driven insane by disease and starvation. Only the very brave or the very foolish voluntarily step foot outside the protective confines of the mega-cities. Nick Masters happens to be a little bit of both. Nick's a driver; if you need something picked-up, delivered, or disposed of, Nick's your man - and he's all business. But when he fails to deliver an important package to a local crime lord, Nick's business suddenly becomes very personal! Covers by Eric Canete and Jason Shawn Alexander.

Not enough post-apocalyptic stuff out there, good to see this. 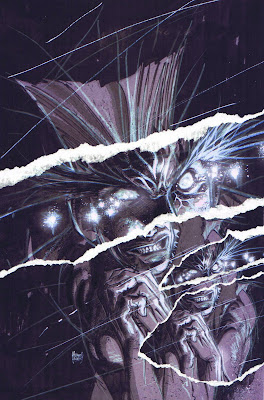 "RETURN OF LEGION"-One of the most dangerous X-Villains of all time is back and he's targeted the New Mutants. Last time Legion reared his head, he created the Age of Apocalpyse. Do Cannonball, Karma, Magma, Moonstar and Magik have much hope of stopping him now? Part 2 (of 4) 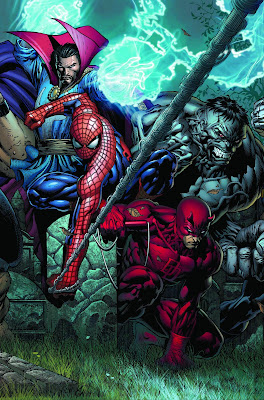 The story that will change the Ultimate Universe forever continues! The unlikely pairing of Spider-Man and the Hulk take on Magneto's gathered forces as two more major heroes fall! And will Reed Richards, Doctor Doom and Zarda (Power Princess of the Squadron Supreme) manage to save the world...or just destroy what's left of it?! Eisner Award-winning writer Jeph Loeb and superstar artist David Finch rock the planet in this surprise-packed saga featuring the Ultimate X-Men, Ultimate Fantastic Four and the Ultimates!
Posted by Mission Specialist at 12:19 PM