We're carrying the Dicemasters starters and boosters in stock now! Here's the press release from Wizkids: 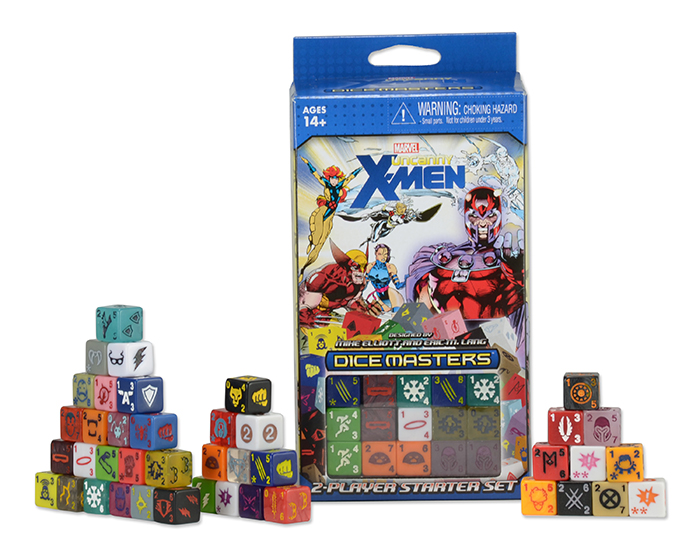 Posted by Mission Specialist at 6:59 PM No comments:

HeroClix The Flash Delayed One Week

Shipping problems, freight problems, customs, whatever the case, Wizkids has announced that The Flash release for Wizkids has been delayed one week. Here's the press release:

Greetings from WizKids!
As many of you may already know, there has been a major west coast port issue affecting all imported goods coming into the country.  We have been working hard to mitigate any delays to product releases as a result of this situation, but due to circumstances out of our control we have had to delay the release of DC HeroClix: The Flash.  Please look for this product line to release on 11/12, just one week after the original scheduled release date of 11/5.
This includes the following skus:

We apologize for the inconvenience and are looking forward to the upcoming release and hope that you are too!  For those of you that wish to know the extent of the issue, you can go here to read about the situation.

Posted by Mission Specialist at 6:56 PM No comments:

From the WizKids STAW site:


I think these Sector Conditions are a great addition to the game and really help distinguish it from other Flightpath games. I recently had a chance to play in a high point STAW game on a 4 x 6 board and I'm looking forward to adding this spatial anomalies to the next game! 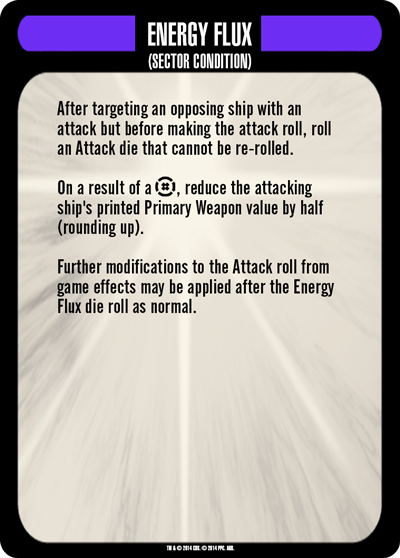 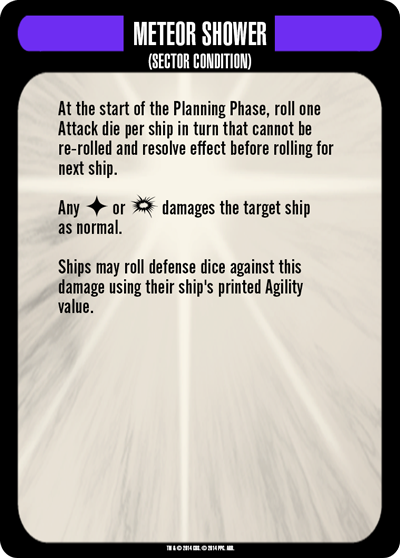 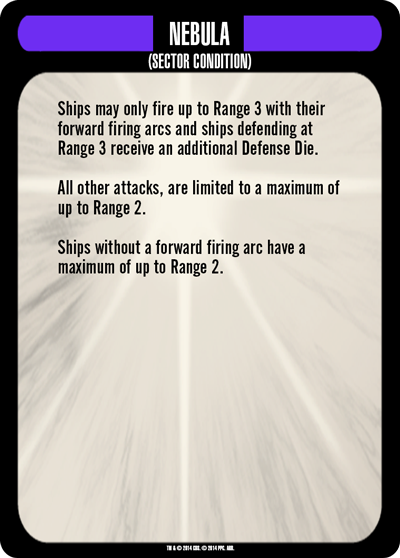 Posted by Mission Specialist at 5:04 PM No comments:

The recent Death of Wolverine event featured Kitty Pryde and Wolverine reminiscing about their shared experiences. Seems unreal to see a call back so central to the relationship of these two characters that happened thirty years ago.

The mini-series Kitty Pryde and Wolverine hit the stands in the latter part of 1984. Aside from Claremont and Miller's 'Wolverine' mini-series, this was by far the coolest Wolverine joint going at the time. Claremont managed to make Kitty Pryde cool and there was all that ninja fighting action.

We had an iteration of Wolverine that wasn't nearly unstoppable, in fact a katana to the chest from a brain-washed Kitty very nearly put him down. 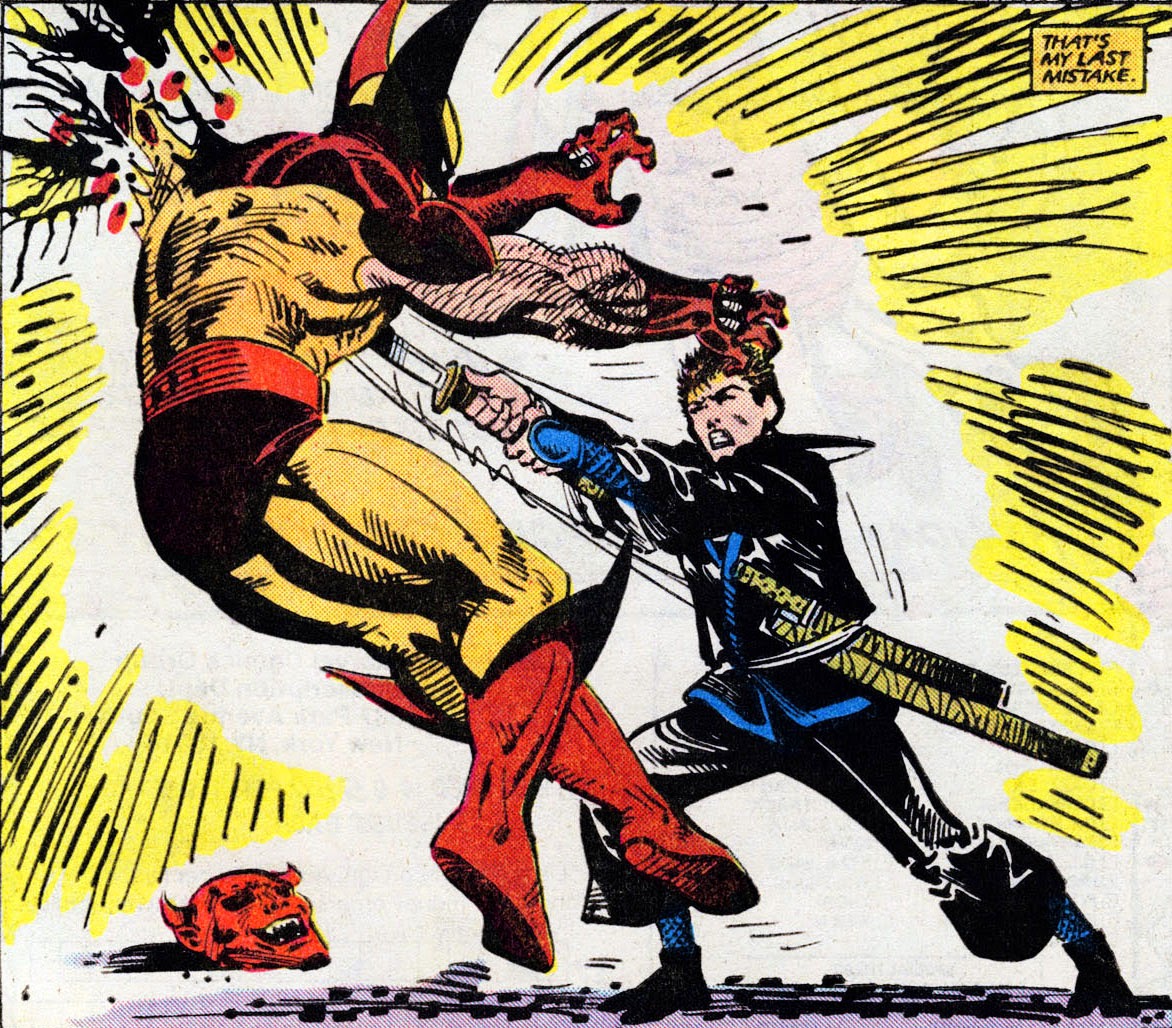 It also featured Wolverine entering his 'berzerker rage', something we don't see much of these days. 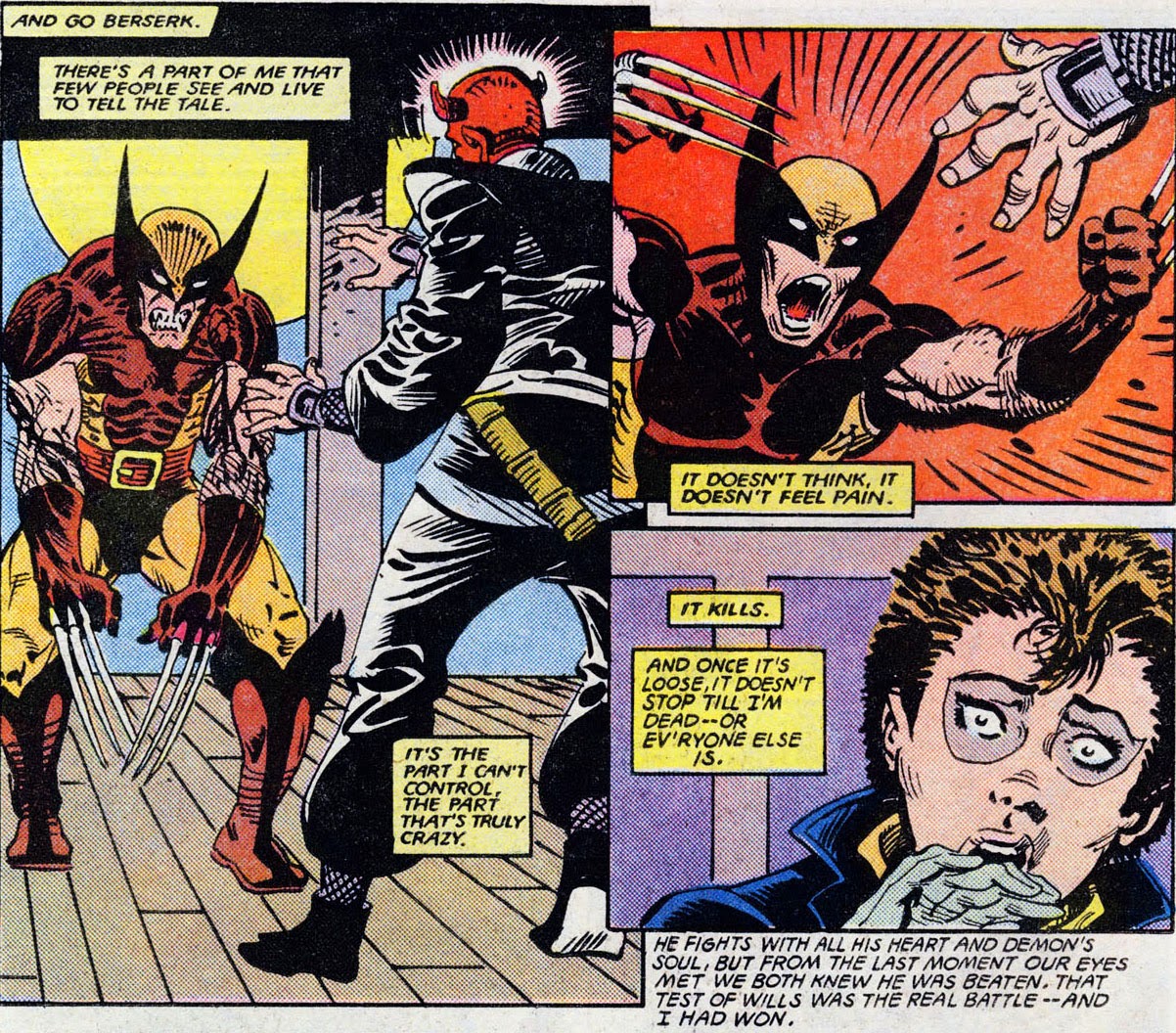 Kitty Pryde and Wolverine is still a fun read and if issue #3 of Death of Wolverine left you with some questions, I would recommend checking it out.
Posted by Mission Specialist at 6:24 PM No comments:

Graphic Content, a comic book podcast, episode 009 is up!

Dave, Isaac, and Mike discuss a few comic from this week:
In the 'book club' segment they discuss CRADLEGRAVE (2000AD) by John Smith and Edmund Bagwell.

Posted by Mission Specialist at 2:57 PM No comments:

WizKids have posted their unboxing video for The Flash set!

Reposted from the WizKids site:

"Just in time for the premiere of the new Flash TV series, WizKids is unveiling some all-new “speedster” themed HeroClix! Scott Porter (comics superfan and the voice of Cyclops on the X-Men animated series) and Kevin Kiniry of DC Comics unbox the latest The Flash HeroClix booster bricks, showing off a variety of amazing high-speed figurines you’ll definitely want to add to your HeroClix collections!"


This new HeroClix release will be available in a gravity feed, booster brick, and fast forces.

Posted by Mission Specialist at 12:08 PM No comments:

WizKids has posted previews of their 2014 Monthly Organized Play Kit. Each kit contains 4 copies of 3 LE figs. All of these figs can be used with the team bases from the Wolverine and the X-Men set. 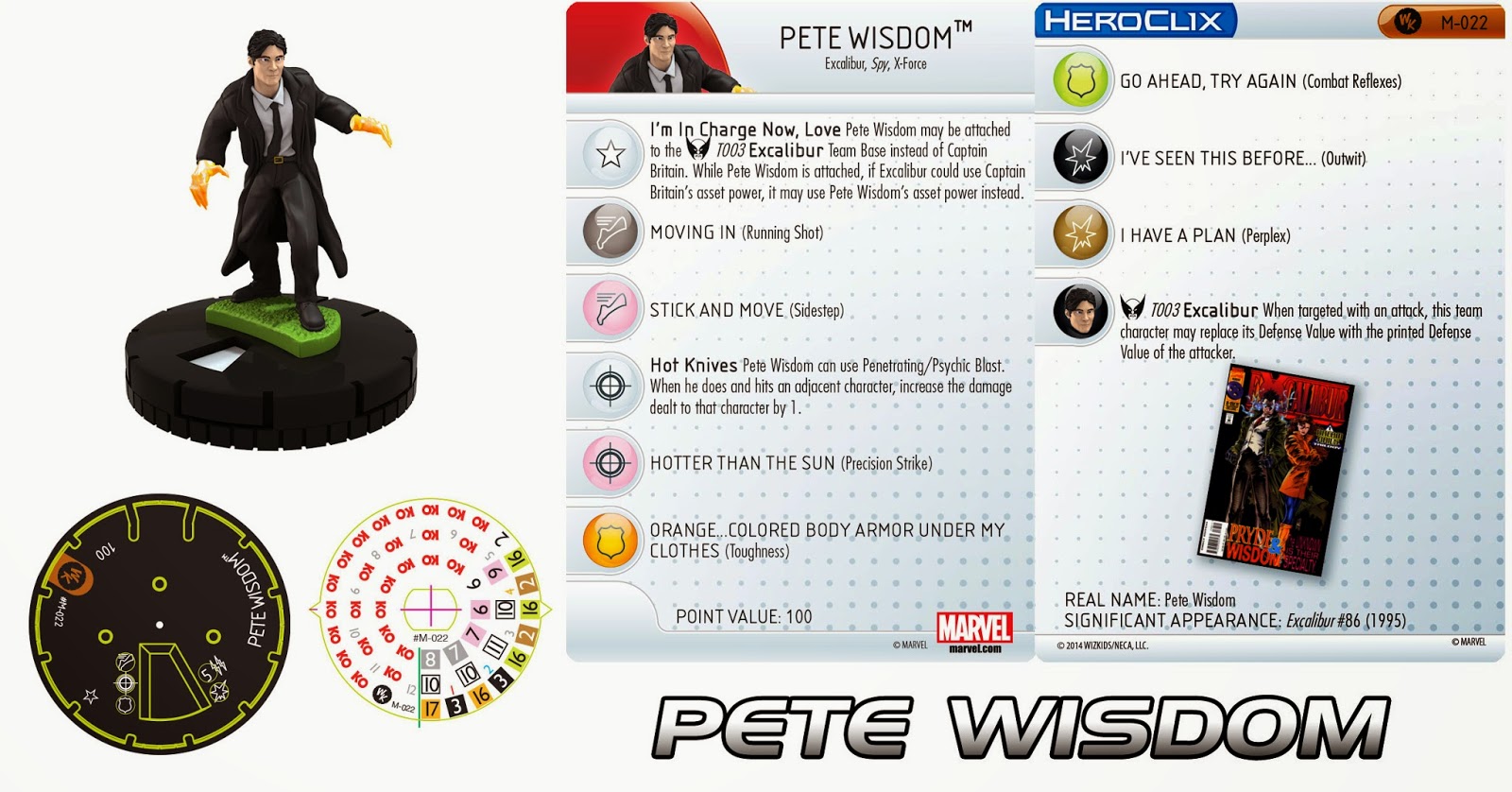 Posted by Mission Specialist at 3:18 PM No comments:

The Unsettling Horror of Junji Ito

A speed bump on the way to Christmas for some. But for some of us, that best, most eerie time of the year. When those strange changes are on the wind. The time when reality thins a bit and the shadows stretch longer and deeper. It's time for Halloween and time to remind ourselves how to shiver and huddle closer before the bleakness of winter is upon us.

I thought I would share something that makes me shiver a bit. A favorite of mine...

Junji Ito is without a doubt my favorite mangaka, possibly my favorite creator of anything in the horror genre. I first encountered him the pages of the long dead monthly manga anthology Pulp published by Viz. It was there I lost my equilibrium in the death spiral that is Uzumaki.

Uzumaki tells the tale of a small coastal town that is cursed and ultimately doomed by spirals. It is lovecraftian in the strange and unknowable nature of the curse and in the futility of the protagonists ' struggles. Chapter after chapter brings more strange corruption of the town, and brings our central characters closer to their fate.

The thing about Uzumaki, and about all Ito stories, is there's always this moment. A moment that makes you stop and take a breath, and shudder a bit. so I thought I would share some of those. If you've never read Ito's stuff, this will either compel you to seek  him out or convince you to never delve into his work. 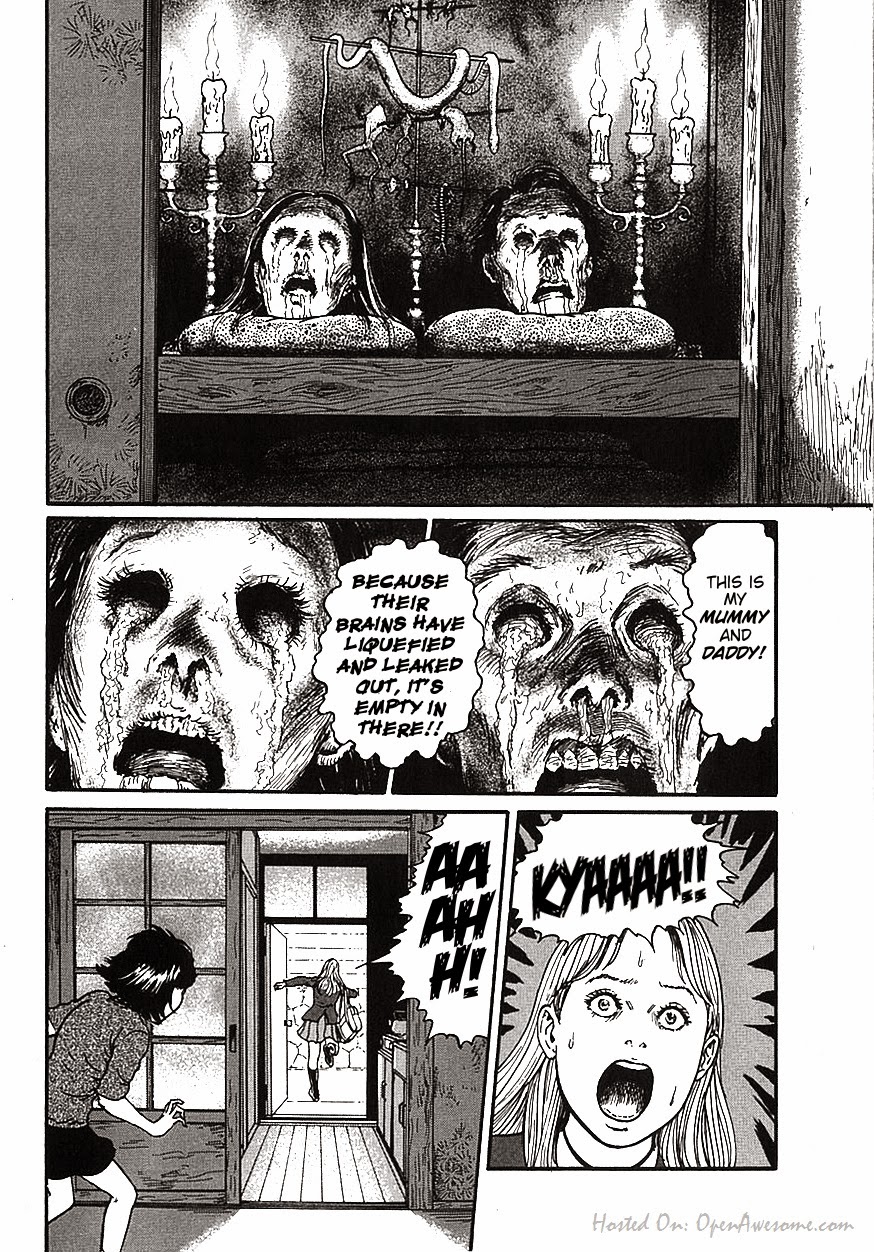 More after the jump...
READ MORE >>>
Posted by Mission Specialist at 10:29 PM No comments:


In our 'book club' segment we discuss the webcomics of Emily Carroll (http://www.emcarroll.com) and ANYA'S GHOST (FIRST SECOND BOOKS).

Posted by Mission Specialist at 2:32 PM No comments:

We're carrying the new Megaman and Protoman tins for UFS in the store, and folks have been asking about UFS so we thought we'd share Jasco Games' tutorial from YouTube here.


Posted by Mission Specialist at 1:21 PM No comments: 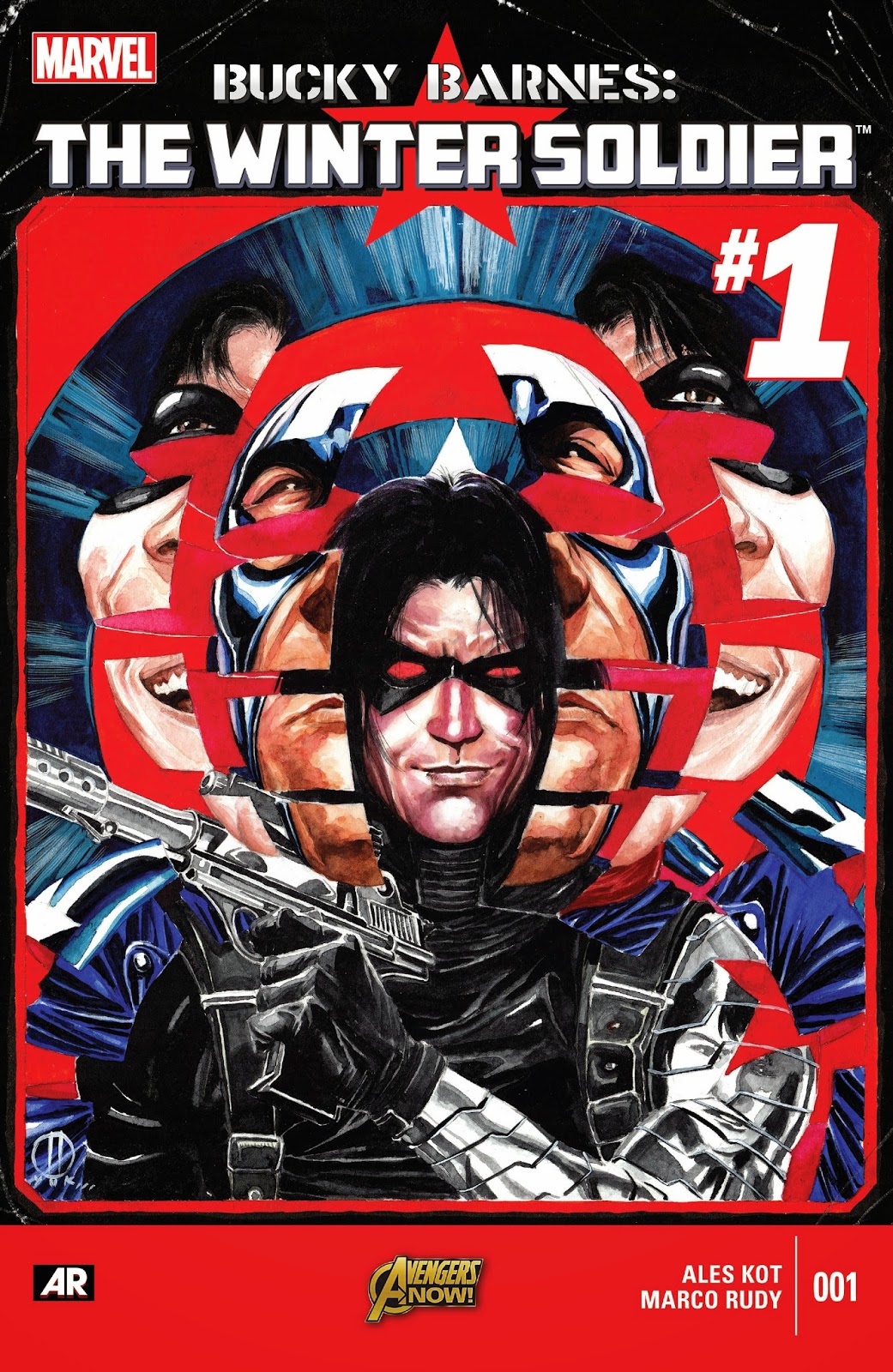 The secondary purpose of the big comic events seems to be to generate some new series, and to shake up the status quo of existing series. Original Sin has yielded a new position in the Marvel U for Bucky Barnes as the "man on the wall", a position recently vacated by Nick Fury. Barnes will serve as a first line of proactive defense against the enemies of the Earth.

Barnes, ably assisted by Daisy Johnson, is essentially an intergalactic assassin, out to identify anyone or anything cogitating on doing some ill to Earth and using their one-of-a-kind super sniper rifle to give that thought the chunky salsa effect.

Pretty dark territory but Kot gives the proceedings a light comedic touch through the banter of the characters, that includes an appearance by "Imperious Sex" himself, Namor. Like most first issues there is a lot of set up. That set up is pretty vague so far but we can assume things are being set in motion that will require Barnes to line up some alien heads in his crosshairs. 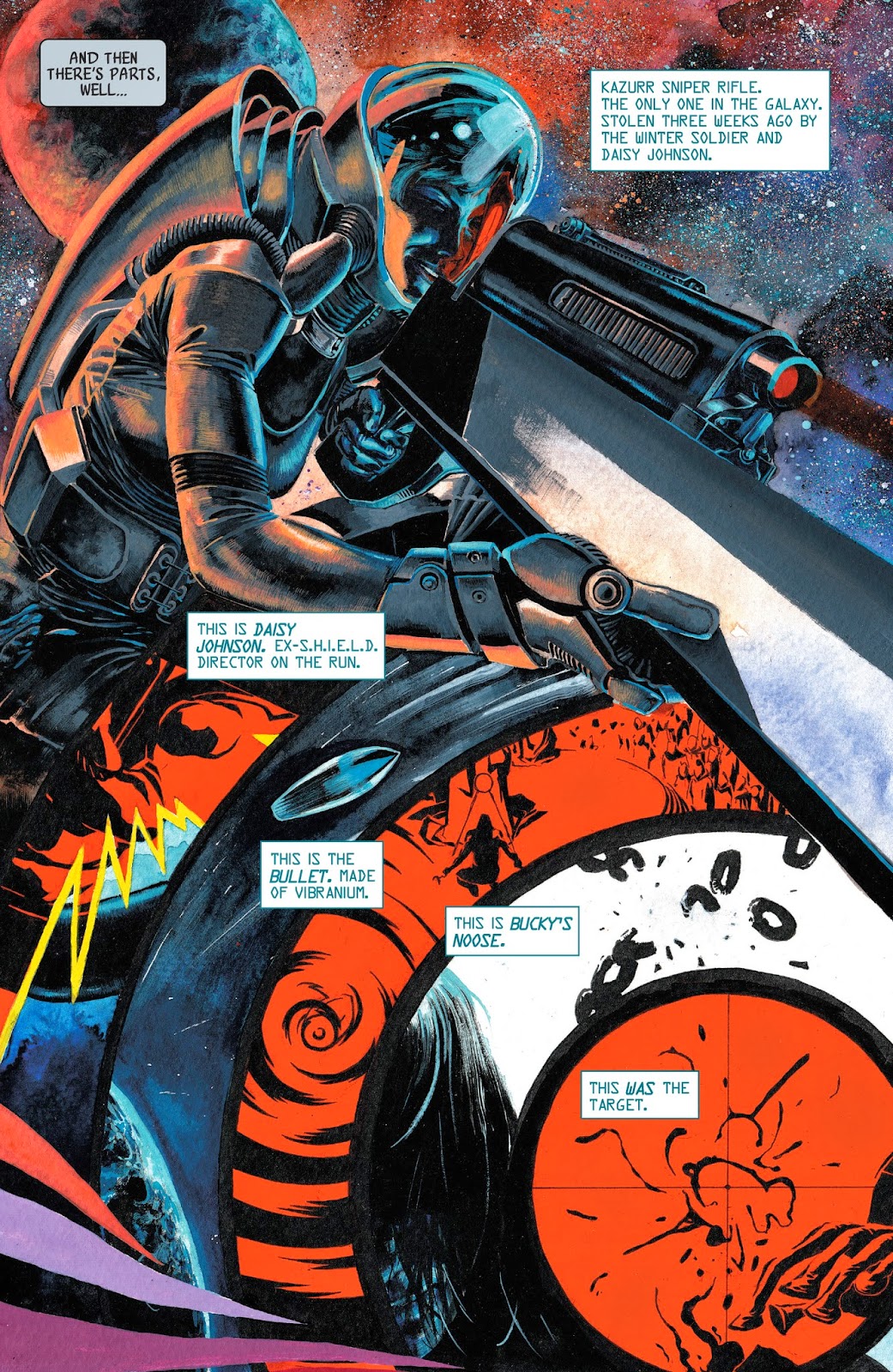 This brings us to the art of the new Winter Soldier. Marco Rudy seems intent on giving every page, every splash, it's own unique design inspired by the milieu or the action in that part of the story. This is effective and beautiful in some cases, and distracting to the point of confusion in others. The underwater sequences with Namor later in the issue are particularly odd. It's doubtful that during these sequences we would be able to discern where the characters are and who they are without the accompanying captions and dialogue. This may be a bit of overreaching by the artist. As the series progresses the story and art may syncopate into something truly remarkable. 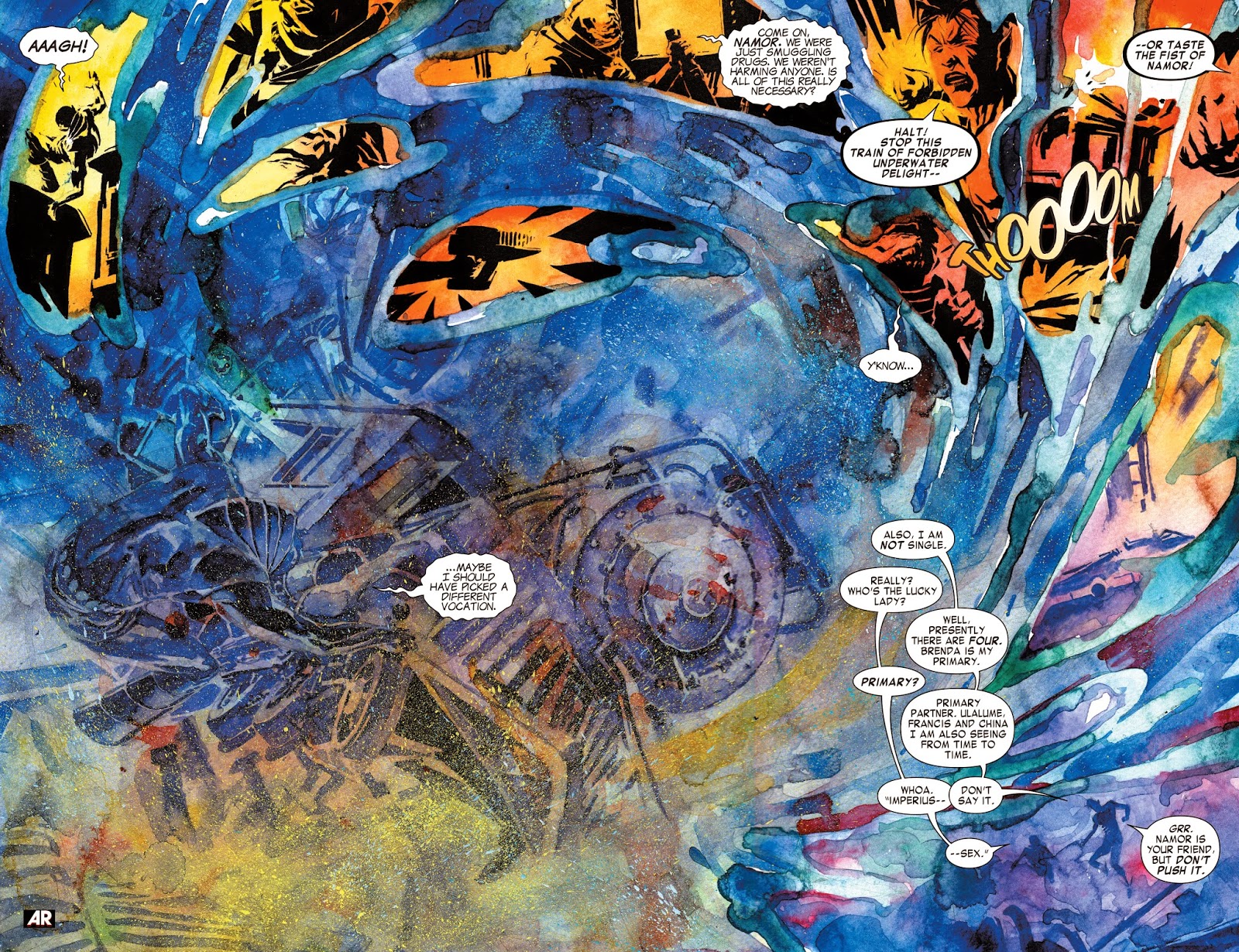 Whatever the next few issues hold for the Winter Soldier, it will certainly be an interesting departure for the character and much like the Thai-Skrull food truck fusion the characters enjoy in the story, it may surprise you by how well hard-core black ops espionage and cosmic space opera mix.


Posted by Mission Specialist at 10:02 PM No comments: 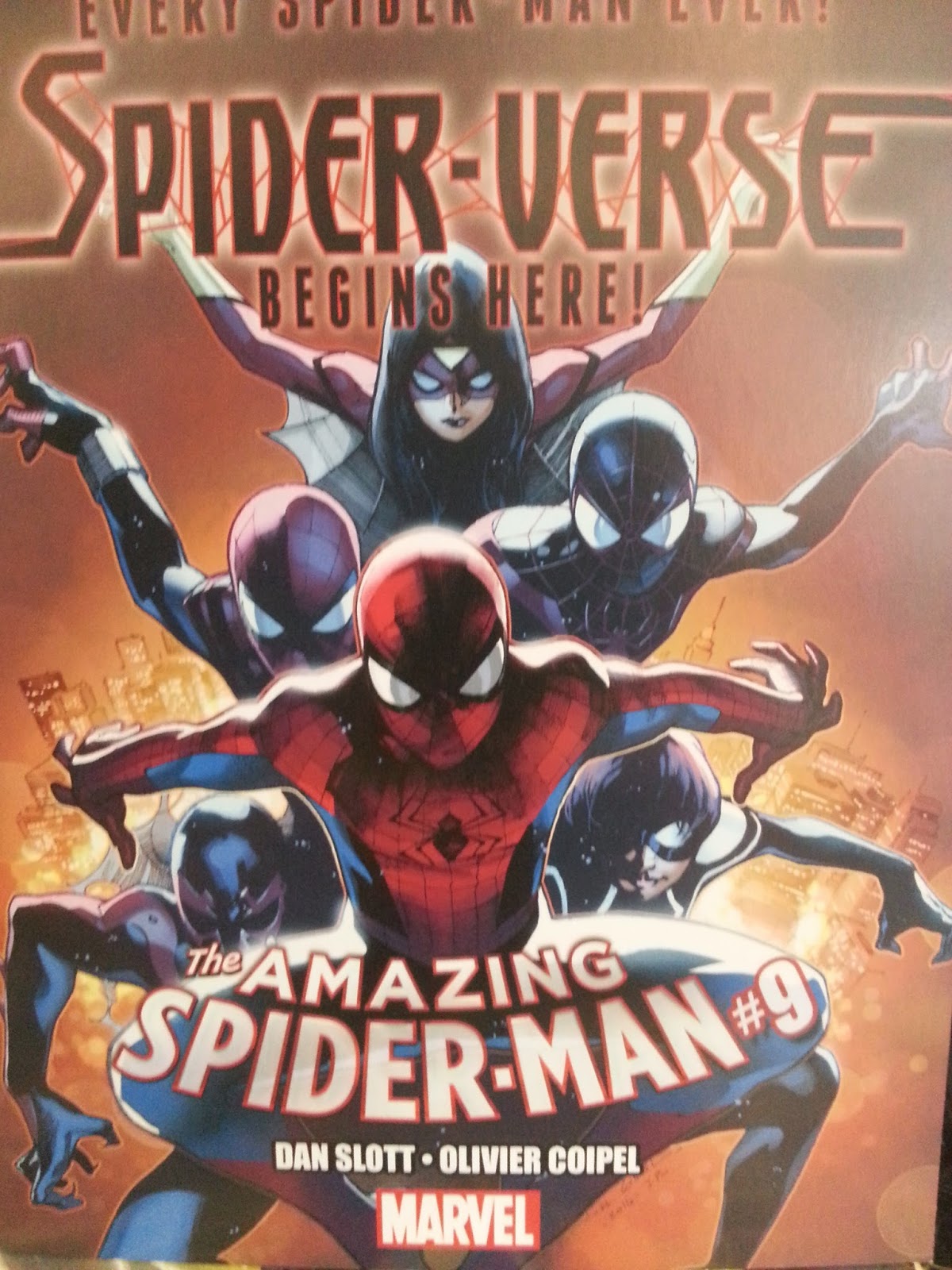 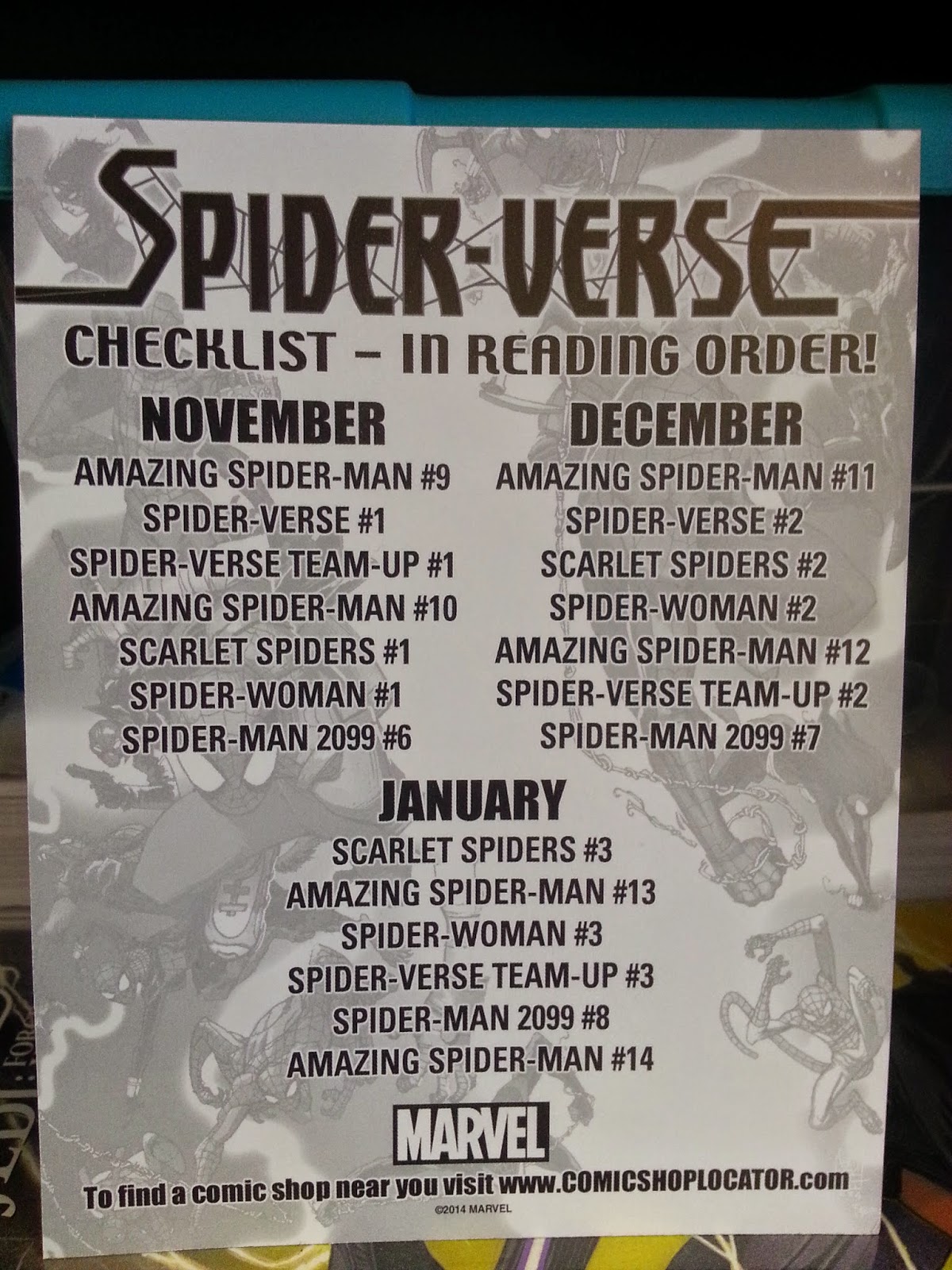 Posted by Mission Specialist at 12:17 PM No comments: